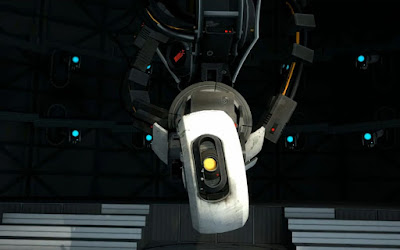 The moral of the story that I learnt early on is that the protagonist always wins the day (or the princess). Thus, there is nothing to dislike about the hero and therein I feel lies a problem. When you don’t dislike something, there isn’t much to reminisce about it either.

I would admit that my pace of gaming has slowed down significantly over the years and nostalgia always makes me go back to the late 90s and early 2000s in spite of gaming evolving tremendously over the years. Also, my gaming isn’t quite cutting edge with only Steam sales (and Humble Bundles) getting me to really open my wallet. My favourite game continues to be the original Deus Ex and as much as I liked the story and gameplay, there wasn’t too much in it to identify oneself with JC Denton (perhaps because you could change the look and the “real” name). Gordan Freeman is my next best hero and I assume that silence doesn’t work particularly well when identifying yourself with a character, although action ought to speak louder than words.  Being limited to PC gaming, I can only speculate whether the Master Chief or Solid Snake would have held more appeal.

On the contrary, there are two characters that keep cropping up in my mind whenever I have to come up with a new nomenclature and none of them are particularly righteous. These happened to be SHODAN (Sentient Hyper-Optimized Data Access Network) and GLaDOS (Genetic Lifeform and Disk Operating System). While I thoroughly enjoyed both the Portal games, I haven’t completed either of the System Shock ones. I think I had gone half way through System Shock 2 with updated graphic mods before I lost the game progress and pivoted to watching all the cut scenes instead. Even that left quite an impression on me, especially the final cut scene. I hope that the System Shock 1 re-make comes out well and allows me to play through the story for I could never get myself to play the original one in all its DOS glory. Come to think of it, the parallel I can draw between the two is that both of them are rather malevolent AIs voiced by females. I don’t know what to make of this conclusion but there is a lesson in there somewhere.

Having covered the black and white, I assume there is a shade of grey that includes anti-heroes. Among the ones that have held appeal for me over time are Hitman and Thief. However, for better or for worse, 47 continues to be the same old cold blooded assassin and I couldn’t convince myself to command the next generation Garrett…yet. So, it turns out that the taunting, malicious, elusive and omnipresent antagonists are the real heroes of the game for me as they represent that asymptotic astuteness that can never be attained by the protagonistic puppet under my control.