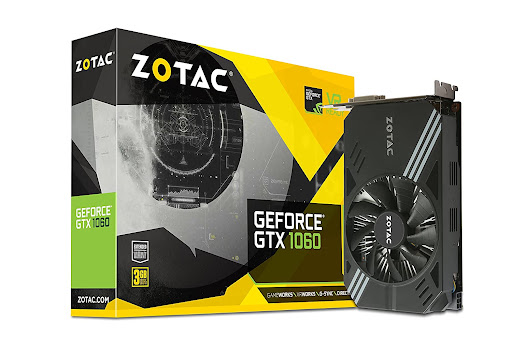 This purchase was never on my radar until the day I made the purchase. My existing GPU – GTX 660 was serving me well enough for the few hours I spent every weekend on gaming. It is true that I was using Medium to High details on recent games and perhaps not hitting 60 FPS, but it was not that distractingly visible as compared to the experiences one had more than a decade back with an underpowered GPU. However, the 660 made the decision for me when it simply burnt out at the stroke of midnight on Independence Day (the irony!). It was strange to see burn marks on the PCB along with broken capacitors, but I wasn’t too perturbed because I guess I secretly did want to upgrade. I have been sheepishly keeping an eye on the AMD RX480 and the Nvidia GTX 1060 since their launches, unable to convince myself to jump the fence, so the (un)timely demise of the GTX 660 wasn’t much of a shock, especially as I was at the sweet 3-generation gap between GPU purchases.
When it came to deciding between the RX480 and GTX 1060, I feel that the only thing the RX480 really had going for it was the price which isn’t a factor at all in India due to some absurd pricing. The RX 480 does seem to have better DX12 Async performance as per current benchmarks but it has a much higher power consumption and certainly runs hotter even as AMD has apparently fixed some issues using drivers. This was important for me as I have been using the same Corsair 450W power supply for 8 years now and was in no mood to change it. The GTX 1060 in fact has a lower TDP than the GTX 660, so I was in fact reducing my power consumption while getting much higher performance. Another thing AMD has going for it is CrossFire support but I never have and never will get a dual GPU setup. It is simply unrealistic to do so at this price point. Keeping objectivity aside, I must admit that I feel Nvidia is more invested in PC after losing out to AMD in the console arena. The driver support is much better and features like Ansel and Simultaneous Multi-Projection technology indicate that they are totally invested in PC. Also, I have borne allegiance to Nvidia for over 17 years now starting with the Riva TNT2 M64 and then subsequently moving on to FX 5200, 9600 GT, GTX 660 and now to GTX 1060. So perhaps, the decision was already made even before I started to make it.

Coming to the GPU itself, the form factor is indeed small compared to the GTX 660 I discarded. It has a single fan with a direct GPU contact aluminium heatsink which on the face of it seems to be a downgrade compared to the dual fans and copper cooling pipes I had on the GTX 660, though looks can be deceiving. On the flip side, it meant much better spacing in my cabinet which I hope will afford better ventilation throughout. It might seem illogical to go for the mini-ATX form factor with an ATX cabinet, but to be honest, I have been on the lookout for the cheapest GTX 1060 I could find and the Zotac Mini at about 3k less than the AMP edition filled the bill perfectly. Also, the 2 + 3 years warranty on registration is simply phenomenal and I can certainly have some peace of mind knowing that I am covered should anything go wrong like it did with my GTX 660. The packaging is barebone and comes with literally nothing, so make sure you already possess any screws needed for installation. It runs on a single 6-pin power connector, so almost any decent power supply unit should have you covered. The card itself has 1x DVI, 1xHDMI 2.0b port and 3x Display Port 1.4.

Since the package doesn’t come with a disc, you have to rely on GeForce Experience for the drivers until which Windows shows something generic like ‘Microsoft Display Device’. Zotac makes its own GPU tool called Firestorm and I decided to give it a go before trying out something else like MSI Afterburner. Firestorm seems to have the tools needed for some basic tweaking but doesn’t look to be the most elegant. On idle, after installation, my GPU reported a temperature of 35 deg. Celsius with core clock speed of 139 Mhz and memory clock of 405 Mhz. The base (1506 Mhz), boost (1708 Mhz) and memory (2002 Mhz) frequencies are at reference values, so there is no overclocking out of the box, unlike the AMP edition. While I have no need to run benchmarks since I have nothing to compare against, I decided to give 3DMark a go to see how the combination of this GPU and my CPU (i5-3470) performs with respect to some review rigs running this GPU. The Graphics score of 13,123 for Firestorm – Performance compares favourably with the GTX 1060 Founder edition scores that can be found on the web. The Physics score of 6120 indicates that my CPU (i5-3470) may be the weak link in my setup. However, the combined score of 4592 is only about 2-3% lower than reviews with much beefier CPUs, so I wouldn’t deem the CPU to be much of a bottleneck as far as gaming is concerned. Taking a quick peek at games, it was simply a pleasure to see the Geforce Experience optimisation turn up all the settings to ‘Extra High’ on MGSV: The Phantom Pain. I am one of those who has a huge backlog on Steam because of which I don’t purchase any big ticket games on release, but there was no way I could resist not pre-ordering Deus Ex: Mankind Divided and am salivating at the prospect of maxing that one too using DX12.

A key point of this card is the single fan setup, so it is imperative to keep an eye on the temperatures. I decided to stress test the GPU using FurMark to see how well it copes with the pressure. From an idle temperature of 35 deg. Celsius, the card hit 80 deg. shortly after 3 min, but thereafter it stayed stable at that temperature till the 5 minute mark when the fan was running at 72% of its max. speed. Interestingly, the core clock was constantly over 1800 MHz at full load which is higher than the stated boost frequency of 1708 MHz. A custom fan profile that bumps up the fan speed at higher temperatures ought to reduce the temperature compared to the “Auto” mode used by me and will mostly be essential on overclocking. As for me, I can’t justify a need for overclocking at this moment considering that all my needs at 1080p are taken care of. As you can tell, I am extremely pleased with this purchase. I think Nvidia has hit the nail on the head with the release of the GTX 1060. It felt great to be able to purchase it just a month after its global release, something that was unheard of when I made my GPU purchases in the past. The price may be a bit all over the place at the moment depending on the seller, but I got mine for a shade less than 20.4k through a local seller on eBay, taking advantage of eBay’s high value 12% discount coupon. When you think over it, the premium paid with all the import duties isn’t as obnoxious as it used to be in the past. Hence, I can heartily recommend this to anyone looking for a VR ready card that is going to max out absolutely anything at 1080p (and may be at 1440p) for years to come.

Update (Aug 29): I ran the DX: MD benchmark and it yielded the following results:

When compared to the results available online for a GTX 1080 with the same CPU, the 1060 offers 80% of the performance which is simply phenomenal. Also, for those interested in the temperatures, the card hit a maximum of 69 degree during the benchmark with the fan at 61%. Idle temperature was 34 deg. and the average was 49 deg.