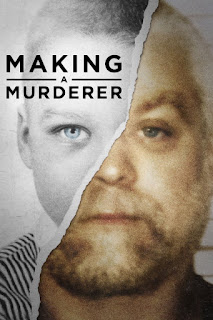 I have always been a whodunit nut, having read through all Sherlock, Poirot and Tintin stories in school itself. I even watched the eponymous TV shows to relive the stories. Other than the well established characters, I found many more along the way including Inspector Morse (Endeavour), Luther, Martin Beck, to name a few. Hence, a crime thriller like this show seemed immediately up my alley.

Episode 1 lays the groundwork and portrays the gross miscarriage of justice which seems inconceivable in retrospect. Episode 2 is essentially what lends the series its name. At this point, I could clearly see where this series was heading and hence left it hanging. It was only this week that I picked up Episodes 3 and 4 which left no doubt in mind that the show is following the same script as the podcast Serial which was perhaps the first investigative true-crime series that caught the public’s imagination. The coverage and impact of such shows is usually as follows:

1. The protagonist is found guilty and to this day is in jail with repeated appeals being rejected
2. The series investigates and puts forth “evidence” that indicates wrongful conviction
3. There is a public uproar amongst the viewers of the show
4. The possibility of a new trial arises based on the discovery of new evidence

Having struggled to watch through Episodes 3 and 4, I decided to quit the series and instead read up on the the case’s progress. Surprisingly, it doesn’t seem I am missing much in terms of content. Unsurprisingly, all the 4 points that I stated above seem to be applicable to this case/show as well.

We live in times where there is a media trial painting the accused as guilty prior to conviction and then a media retrial post-conviction portraying the convicted as not guilty. Based on the episodes I have seen, I can see only one opinion forming in the minds of most viewers. Everyone is free to make their own opinions but ultimately it comes down to the courts. The judicial process in any part of the world is particularly onerous one and the outcome largely depends on how a case is presented. This provides the leeway of the guilty being exonerated and the innocent being convicted. The truth for most is how and what they choose to see and hence I am pretty unsure of what to take away from this show. Should it be anger, disbelief, misrepresentation or something else? It seems that I feel most comfortable in just having the facts presented in a neutral manner with a less protracted coverage and hence I couldn’t really get in to this show.