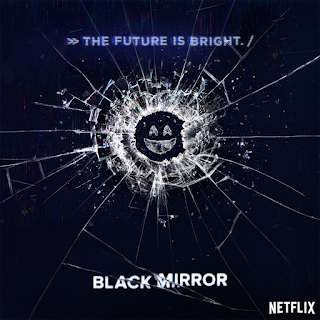 Few shows manage to shock and awe you the moment you start watching and that was the case a few years back when I started with Black Mirror. Being technologically inclined, I found this show to be quite fascinating even as it depicts a worryingly plausible dystopia. It was quite a relief then when Netflix picked up Season 3 of the series. Excellent British TV shows tend to have irregular, low episode count seasons; presumably because the production values are high and the actors end up being involved in more lucrative engagements.

To put it up front, Season 3 is the weakest of all the seasons till date. It might seem that quantity has led to a drop in quality as is often the case but that wouldn’t be the right way to look at it. The episodes still hold their own with effective messaging but are neither novel or shocking to the same extent as prior seasons. It is mostly a case of revisiting ideas that we have already become acquainted with that has led to some of the sheen wearing off. Having said that, it is still a great show that most can’t hold a candle to and one hopes for it to blow our minds for time to come.

Following is a short episode-wise review of Season 3:

Nosedive: When was the last time you rated someone? Chances are you had done in within the past week after taking an Uber ride. In fact, the app Peeple tried to take it to the next level and is surely the inspiration for this episode. The episode succintly captures the essence of social media where “likes” can be the currency that you live by. As the name suggests, the episode was always going to end in a downward spiral. However, apart from the message which was evident early on, the episode fails to go much deeper in to the emotional or social impact of being constantly watched and rated. The ending ended up being too hysterical and drawn out to derive any lasting satisfaction or thought.

Playtest: The episode starts really slowly and picks up pace in the latter half. Being picking up pace, I mean it sets your heart racing. Unfortunately, this is not due to the thrill of watching but a product of the jump-scares that the episode throws at you. In terms of the technology, it visits the emerging and relatable field of augmented reality. In spite of the “nothing you see is real” dialogue being repeated throughout, one can’t help but get caught in the heat of the moment and so one can only imagine what it must be like to actually experience this “reality”. However, the message on treasuring “actual reality” is something that ought to strike a chord. The inception-isque ending didn’t really add much to the story and seems to have been included as a final twist just for the sake of it.

Shut Up and Dance: The blackmailing theme is not new to Black Mirror and the way it comes about in this episode is all too believable. However, a teenager guilty of pedophilia going to the extent of robbing a bank and murdering in order to hide his online transgression is pushing things to the brink of implausability. Also, the trolling at the end was along expected lines considering that is the norm for online social behaviour. Hence, it is a disappointment by Black mirror standards. However, what the episode does manage to do is to grip you in its story and hence it not one that you’d wish to fast-forward, unlike Nosedive.

San Junipero: With the episode starting out in 1987, one immediately begins to ponder whether this will be a case of retro-techno going wrong. However, the conversations soon make it evident that all is not what it seems. This episode rides high on nostalgia, cinematography, choreography, sound; thereby making it a very easy watch as far as Black Mirror episodes go. The story relies on the emotions of the protagonists and hence the inclusion of homosexuality is the episode writer’s creative choice that ultimately has no bearing on the episode’s central theme of technological nirvana. The episode does delve in to whether an ever-lasting happy virtual life is worth over the trials and tribulations of decades of “actual” life. Arguments may be divided over whether it is better to live in the present leaving the past behind or whether one should let their feelings, emotions and memories die with their soul. I feel that the episode would have been better off with Kelly sticking to the principles she stated in her emotional outbust with Yorkie. It didn’t have a high bar to clear, but it sets itself as the best episode of Season 3. After all, Black Mirror seldom encompasses a happy ending.

Men Against Fire: This is by far one of the most slow-paced episodes of this season. Initially, you begin to ponder whether the zombie apocalypse is upon humanity, but as always, “seeing is not believing” in Black Mirror. The message about xenophobia and eugenics is undoubtedly strong but that doesn’t make up for the dourness this episode takes you through. The other aspect on the “enhancement” afforded by implants or augmentations is an oft-repeated one and hence doesn’t warrant much of a mention.

Hated in the Nation: As a full-length season finale, this one holds up rather well and I would rate it equally well along with San Junipero. Tweet revenge is now a part and parcel of life but what if the anonymous revenge goes beyond words and spills over to the real world. Social media hate, rogue botnets and unenvisaged impacts of genetic modifications are things that we continue to live through. and the amalgamation of these can be a real horror as is evident in this episode. The ethical dilemma of hacktivism is also brought well in to focus over the duration of this episode. The production quality is top-notch and makes for an engrossing watch as the story unravels itself. With this, Season 3 ends on a high with even higher expectations for the future.