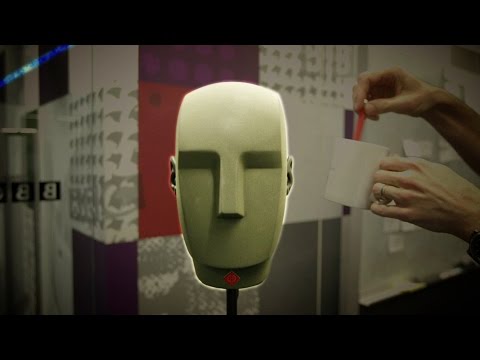 I had encountered binaural aural audio before, not in the least in the BBC Click segment from a few months ago which I have linked to this post. However, I never experienced it in an immersive environment which I think is vital in truly appreciating this technology.

The mention of binaural audio once again in the most recent episode of BBC Click made me finally commit to experiencing it in an immersive setting. I am of course referring to the Knock Knock episode of Doctor Who.

At this point, I should state the disclaimer that I am not a Doctor Who fan. It is not because I detest it but the fact that I never got in to it. The most time I have spent on Doctor Who must be on Wikipedia where I had read about it a few years ago, just to understand what it is all about. Hence, I went in to this episode quite blind without much of a backstory to relate to.

I must say that even as a standalone watch, this episode was quite interesting. It is because it was in the vein of a “haunted mansion”, something I can relate to quite easily with my interest in crime fiction. Rather than rely on jump scares, the episode focusses on the aural experience and rightly so, since it is the centrepiece of this episode. I guess my Sennheiser HD 598 SE contributed a lot to the enjoyment of it all.

This experience has certainly left me asking for more. I am pretty sure that BBC will come up with further episodes featuring this technology since they have invested more than 5 years in to it. At the same time, I think it is highly unrealistic to expect it to be mainstream. The additional effort of post-production sound mixing and the limited audience of headphone users might not make it economically viable to pursue this approach regularly, but it is nonetheless a peek in to the role that 3D sound will play along with VR in the near future.