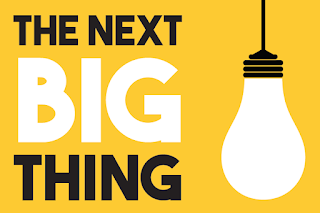 I just started reading ‘The One Device’ the other day and have made it past the first couple of chapters wherein the book briefly touches over Apple’s transition to innovation after its lost years. Of course, this is not the first time I have come across the story as the Steve Jobs’ biography covers it in much greater detail. However, the underlying message to take away is that well-executed ideas can make a huge difference to the fortunes of a company, even though the innovation may be more evolutionary than revolutionary.

Although the situation is far from similar, reading this phase of Apple’s history makes me ponder over the flux the Indian IT industry finds itself in now. If anything, the requirement for innovation in the industry has been expedited. However, what comes around in the public domain sounds more like Orwellian Newspeak. The mention of AI, Automation, Cloud, Digital, Agile in the broadest of terms seems to have little more intention than to placate the shareholders. After all, shareholders in India seem to be a particularly emotional bunch going by the swings that take place after an obvious piece of news is shared by the media. This has necessitated the use of these terms along with others like Big Data, DevOps which have been in circulation for a pretty long time, enough for them to not be considered as part of a novel strategy. Yet, it forms the basis of optimism for a huge industry and its employees.

Ideas need execution to be successful. The basic tenet of the Indian IT industry has been cost arbitrage and providing services for cheap. Unfortunately, the same strategy seems to be permeating itself in the “new” fields. Hence, when the industry speaks of AI, it isn’t referring to top of the line machine and deep learning. Instead it alludes to automation of basic operational tasks based on limited algorithmic branching. Even the innovation that does occur in this space is not happening here in India but through talent hired abroad with the usual instruction based implementation being passed on to cheaper coders in India. Similarly, the digital revolution through products and platforms is based on imitating the functionalities of well-established software at a fraction of the price. It is thus a case of simply picking the low hanging fruit.

Establishing any roadmap is based on industry trends and a fair bit of optimism. One certainly must move along with emerging technologies but the success of any buzzword isn’t guaranteed. Case in point is that of Virtual Reality. Not until a few years ago, it was seen as the next big thing. Cost has always been attributed as a key factor in the uptake of VR. However, that isn’t the case for something like Google Cardboard. It certainly offers a basic experience but at the same time illustrates the fallibility of VR. Beyond the initial novelty of the experience, it becomes very difficult to get people to come back again. One can only take so many rollercoaster rides, scenic walks and museum visits in isolation. Gaming and interactive story telling might be expected to alleviate this but VR has become part of a vicious circle wherein it has been unable to attain critical mass which has in turn kept content creators from investing too much in it. The VR industry is taking recourse by cutting hardware prices for high-end headsets like the Oculus Rift and HTC Vive but unfortunately it seems destined to be niche. As has been the case in the past, mobiles will have to lead the way. However, it seems inevitable that AR experiences as those that will be provided by Apple’s ARKit will be the mainstream option for once again it is just a case of incremental innovation.

This brings me back to the Apple and iPhone story. All the pieces of the puzzle were long in existence but none of them were put together in the manner which made the iPhone seem like magic. The next big thing might will not be a revolution but a simple evolution that seems like magic. Being ahead of time is as much as a failure as being late to the party. What one needs is a bridge between the present and the past such that people find the journey to the future much more exciting than the destination itself.