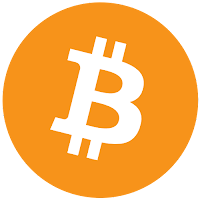 I always thought that I was a bit late to the uptake of Bitcoins when I made my first purchase in 2015, having read about it for a long time as a technology enthusiast. However, I never imagined that the real frenzy would come much later. Along with it, comes the regret of immediately selling off the miniscule number of bitcoins I had purchased. Perhaps the bigger regret should be of not purchasing more of it and just letting it sit idle. If I remember it right, bitcoins were around the $300 mark at that time and what else would have ever provided a 10x return in less than 2 years?

While regrets live and die with the sole purpose of being detrimental, my purpose then was served which was understanding the workings of it. Of course, it came with the added benefit of arbitrage for back then the merchants that accepted it had a lower rate for BTC than for USD when converted from my local currency. My focus and hope for bitcoins was that it would be an effective alternate payment channel. Unfortunately, recent developments have shown it to not be the case.

Throughout this year, bitcoin has been in the news for all the wrong reasons which culminated in the forking of the currency earlier this month. It was this event that made me revisit bitcoins. What is now truly evident is that bitcoin has passed the point of no return in terms of being a viable alternate currency. Rather, it has become an instrument of speculation and greed. Merchant adoption has diminished with the passing of the day as the long waiting times and high transaction fees have made it the antithesis of what an ideal payment instrument should be. The only ones really vested in it are hoarders and miners who continue to thrive with each executed transaction.

For some, it would still make sense to purchase bitcoins even today, despite the fact that it saw a swing of 40-60% just in the past month (or may be because of it). A scarce resource will see appreciation in time as long as the want is there; want since no one really needs it at the moment. The association of idealism, freedom and anarchy with bitcoins has long passed. Now it is only about greed and nothing else. This is precisely the reason why I don’t wish to purchase bitcoins again. However, I still see a transactional value for it since the world needs better cross-border instrument than PayPal.

This also gave me a reason to login to my years-old accounts in Indian bitcoin exchanges and see how they have fared over time.

1. Zebpay: The reasons why I had registered for it in the first place were its accessibility on the mobile, purchase price lock-in and vendor offers. Unfortunately, none of it seems to be of any value at the moment. While the main attraction in terms of purchase price protection has been discarded, it would have mattered if I could access my account in the first place. Despite contacting customer service, they haven’t been able to unblock my account for over a week. The unblocking from the app fails to work as the SMS is never received (probably being sent from a number on the TRAI DND list) and the call option leads to an app error. While “caveat emptor” applies to any purchase, it seems to be particularly relevant here when you also consider the non-transparent fees and high purchase/withdrawal limitations. Definitely, a no-go for me.

2. Unocoin: You can never be too careful and in my case, it meant having to get 2FA disabled on my account, having long deleted it from my Authy accounts list. The call from customer care came within 24 hours which was a good sign considering that most wallet credits used to take a significantly long time. However, I would put this down to the fact that I did it when bitcoin trading was suspended for the fork and the customer service might not have had anything better to do. The big change that I was looking forward to was the support for PayUMoney which I hoped would finally enable me to bypass the frustrating wait for the amount to be credited to the wallet. Unfortunately, my spirits were dampened the moment I saw the 1.9% transaction fee. It just lobs the ball in my court once again and I can’t simply figure out a better use case for considering Unocoin over other options.

3. Coinsecure: Since I only intend to use bitcoins for transactions, time is of the essence considering the volatility of bitcoin. In that respect, coinsecure performs really well even though it doesn’t have the same accessibility due to lack of an app. The Material Design interface gets in the way more often than not, especially when there are notifications flying all over the screen like the persistent one about the fork and subsequent closure. However, my deposit through IMPS was registered in a matter of minutes and subsequent withdrawal of the same amount was executed during working hours. The real trouble was finding the matching order volume which in the least was for a few thousand bucks. I remember that in the past I could place a buy order without a matching order volume hoping for it to be fulfilled some time later, but that doesn’t seem to be the case anymore. Despite this, I prefer it over the other exchanges.

There are other references that I came across such as bitxoxo but I can’t be bothered to test them out for as I said before I am out of the bitcoin bubble for good. It certainly feels odd to not be part of something that is going to appreciate monetarily but then it is a matter of principle and belief, the belief that bitcoin could have been a low-cost, global payment channel. The soaring prices have tilted the scale against currency arbitrage; the high transaction fees would put PayPal to shame and the transaction times are nothing to write home about. Thus, bitcoin has become analogous to gold as a hoarder’s asset, only difference being its wild swings lending it to immense speculation. Bitcoin’s relative anonymity has tilted more in favour of the dark side rather than the envisaged utopia of freedom and invisible borders.

Bitcoin’s lasting legacy would be the blockchain which still has a significant potential in having a real-world impact. Bitcoin itself is now no more than a game of timing and pricing, leaving the scope for the rise of a true nationless currency that is without its pitfalls.