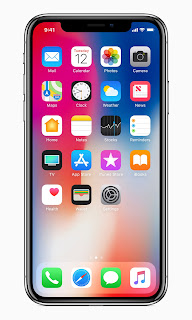 Every “expert” worth his/her salt has formed an opinion on the iPhone X by now, so why should this armchair expert be left behind? You will have to go back only 4 years to the iPhone 5C (remember that?) to find an instance where Apple generated a lot of divided opinions over a new product. On the face of it, it would seem preposterous to compare the 5C to the X considering how the two were positioned and yet, strategically, it is not too different.

I would be upfront about the fact that it would be sad to see Apple succeed with the iPhone X. This is coming from an iPhone 7 user. In case you are wondering, I absolutely miss the headphone jack. The Lightning EarPods suffer from poor fit and low volume. The adapter is one ugly umbilical cord having the same volume issues. I hate having to charge (and pair) my Bluetooth headset. To add to the misery, there are no real (read, value for money) alternatives available as far as Lightning connector earphones are concerned. In short, I feel like a doofus in having spent a small fortune in affirming Apple’s opinion about the headphone jack. At the same time, I absolutely love the solid-state Home “button” coupled with the Taptic engine and the stereo speakers. My major focus was on security and privacy which could have been served with any iOS device but it was certainly worth getting the iPhone 7 over the 6S.

So, why ought the X not succeed? Simply because it will set a new benchmark for the pricing of smartphones. The price certainly doesn’t justify the features you are getting over the 7 or 8 or the Plus variants, but it would indicate the customer’s willingness to accede to Apple’s pricing experiment. Yes, the X is pretty much an experimental product in the same vein as the 5C. Why else would Apple need to accompany it with a “safe” incremental option? It is because Apple is unsure whether it is heading in to the right direction. It is no longer a Jobsian case of “customers don’t know what they want” but rather a case of “Apple doesn’t know what the customers want”. The “new” iPad was a case of Apple bowing to the consumers and embracing the X will be subverting to that cause.

Pricing issues aside, the X doesn’t really follow Apple’s vision of simplification. It certainly does so from the hardware perspective but it is trying to make up for it using software, resulting in the most grotesque of usability issues. The 7 certainly was a step in the wrong direction but the X is in an altogether different league. The fingers continue to be the primary means of interaction with the iPhone and hence having Face ID precede that step doesn’t make things any easier or faster. Apple made it a point to emphasize, using probability, that the face is far more unique than fingerprints. Yet, I can’t help think of nefarious ways in which I could surreptitiously use an acquaintance’s face to unlock the device. Identical twins and law enforcement would perhaps have it easier compared to Touch ID. Similarly, swiping up to unlock or stopping midway to access the app switcher or bringing down the control centre from the top right are convoluted mechanisms that are not Apple-esque. I can see Face ID being much more useful when the user interface completely shifts to gaze tracking, but right now it is an impediment. Apple has tried to compensate for it by utilising the TrueDepth camera for Animojis, AR and selfie portraits, but they are pure gimmicks to indulge the user who has already bought in to the X. Personally, I was impressed by Portrait Lighting but that isn’t exclusive to the X, though it might do a better job with the f/2.4 aperture telephoto lens.

The irony is that the major appeal of the X can be attributed to Samsung’s OLED display, apart from the notch for which Apple can claim full credit. One can only imagine that describing the features of the new display must have been killing Apple from the inside as against showering praise on the Apple-designed components. There is no denying that this is the first edition device of a larger strategic roadmap. In that sense, it bears semblance to the first iPhone. It is not meant to have the features that would logically make life easier for Face ID users. Instead, these “revolutionary” updates will “magically” appear at a later date in forthcoming iOS devices which, as per my gut feeling, won’t go beyond X as far as nomenclature is concerned. After all, it seems that tech companies are obsessed by the ‘X’ factor, going by the erstwhile Mac OS X and the current Windows 10. Thus, in more ways than one, the X is the new avatar of the 5C, but I specifically hope for it to be closest to it in sales. The world at large will of course have other ideas and we may have to resign ourselves to the power of the masses, even if it leads down an abyss.