Skip to content
While the original post was about the 2048 app, I feel it would be best to have a single post for all my adapted Gear Fit2 (Pro) apps. The original article is still present below for any guidance it may provide in installing the apps on the device. I will be listing the apps along with a screenshot and the link to download the *.wgt files. A short description has been included along with references to the original source/app. 2. SciCal: Based on an app called ‘Kalkulator’ or ‘Calculator Net 6’ for the Gear S, I have renamed it to SciCal as it is a scientific calculator while adding a catchy icon from Wikimedia. The dimensions of all the “pages” of the calculator have been modified so that no scrolling is present. Unfortunately, the interface stays as it is due to the large amount of information involved. Uploaded on Sep 23, 2018. 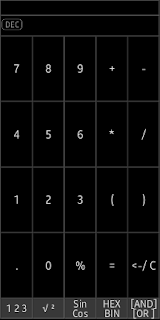 It is no surprise that Samsung has artificially stifled the Gear Fit series for it to not steal the limelight from their flagship “S” series. Consequently, Galaxy Apps store submissions for the Gear Fit2 and Pro are only limited to watch faces with partners like Spotify being the only ones allowed to publish apps for the device.

This doesn’t imply that the device itself is incapable of running third-party apps. Samsung provides the necessary tools to create, install and run applications for the Tizen platform as a whole and this benefits the Gear Fit2 devices as well. However, without a centralised distributor, it takes a lot more effort to get an app distributed and installed on the device.

The Gear Fit2 is capable of running web apps which are essentially websites stored on the device. Hence, for my first Tizen app, I decided to go with the sliding-block puzzle game 2048 which is freely available on GitHub under MIT license and presents an everlasting challenge, even on the wrist.

Apart from scaling the game to fit the 216×432 screen, I have made a couple of tweaks to the interface so as to optimise the experience for the device. The first is switching the colour scheme to darker colours to preserve battery life on the SAMOLED screen as against the default lighter colour scheme. The second tweak, apart from adjusting the font size and spacing, is to switch the ‘New Game’ option higher up and to the left to prevent accidental resetting of the game when swiping up, as has happened to me on more than a few occasions.

I have uploaded the 2048.wgt file, as installed on my Gear Fit2 Pro. This implies that the file is self-signed and hence will not install on any other device. Thus, you will have to sign it specifically for your device prior to installation. Detailed instructions on the same can be found on XDA. After self-signing, the app can be installed using the Tizen Studio SDK by connecting to the device using “sdb connect <ipaddress>” and then issuing the command “sdb install 2048.wgt“. Details on that command can be found here.

So, test it out and let me know how you feel about it in the comments. You may also share the details of any other web applications that you would like to adapted for the Gear Fit2 devices.