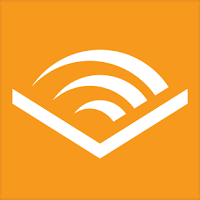 Listening to a book doesn’t quite have the same panache as reading one, but sometimes it is the only option. While I am an avid fan of podcasts on long commutes, sometimes audio books can fill the void quite well. However, in case of audio books, for me, it is unabridged or nothing, which depending on the author’s preference for brevity can extend to numerous hours; a significant investment of time whichever way you look at it.

Audible has always been the preferable option in this regard due to its easy accessibility. For whatever reason, Amazon doesn’t make it especially difficult to initiate trials, so as long as you are not picky about your library or stats, you could go about listening to multiple books without spending a dime.

While I have used Audible accounts from other countries in the past, I was glad to see it finally launch in India late last year. While in US you get a 30-day trial with 2 credits, the arrangement in India is a bit different, in the sense that you can get a 90-day trial with a single credit each month. This suited me much better considering my podcast subscriptions and I chose to make the most of it.

A thing to note is that the 90-day trial is only available with ICICI cards and an amount of INR 199 is automatically charged at the beginning of the fourth month if you do not cancel the subscription beforehand. I was able to get the subscription cancelled and the charge reversed without any issues. This is as long as you don’t use the additional credit that comes along with the monthly charge.

With this, I move on to my choice of books for the trial. None of them are particularly recent and all of them are focussed towards science and technology, which you might have already guessed going by the theme of my blog. I chose this book not out of hero worship but to understand the journey of a visionary. In that sense, it doesn’t disappoint a bit. You have to aim big to make it big and no one’s constantly aiming bigger than Elon at present. Every entrepreneur is driven and passionate but few in Silicon Valley dare to think about and beyond this world. In that sense, Elon’s contribution will be long remembered.

At the same time, what makes the book great is that Ashlee Vance hasn’t capitulated to the demands and charisma of Elon Musk. Thus, we get a full account of his failures as a human being which is pretty much evident by his treatment of employees as well as his controversial tweets. Although it has been a good few years since the book was released, it has aged quite well such that Elon’s recent exploits don’t seem out of place. Finally, Fred Sanders does a great job of the narration to keep you gripped till the end.

How much would you like to know about your past? Going by the content of this book, a lot. The chapters on cognitive evolution, money, religion and happiness are by far the most evocative. It is not only about knowing one’s evolutionary history but about forming perspectives on every aspect of society that exists today. Human ingenuity has over the course of time extended itself to create wonders, a lot of which is make-belief, yet without which humanity would be hopelessly lost.

3. A Short History of Nearly Everything 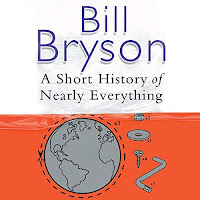 This one was a natural progression from Sapiens, even though the book is far older. Having tasted the brief history of a species, it was time to move on the history of nearly everything. At 19 hours of length, it was certainly worth its weight in time. It felt like a recap of my entire history syllabus at school, but with humour interspersed throughout the book and delivered with good effect by William Roberts, it didn’t feel dull for a moment.

This is not to say that the book is spot-on. It drags on in places, especially towards the end, with paleontology and its controversies abound fulfilling the purpose of a good sedative. Even then, the knowledge it endows is unparalleled and it makes the listener wiser to the fact that most of the paradigm shifting discoveries in the scientific world were anything but glamorous, with recognition often coming posthumously. Luckily, as homo sapiens, we are wise enough to not let history repeat itself.