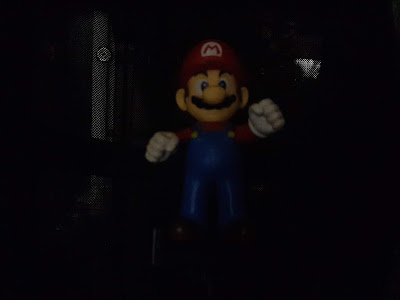 A little over 24 hours ago, Samsung introduced the Super Slow-Mo and Night modes to the Galaxy A50. While Samsung does an impressive job with camera improvements on flagship devices, I had my expectations pared down for the A50.

With all reviews down and dusted for the device at the time of its launch, it is unlikely that anyone other that someone who owns the device would test these features on a short notice. Hence, here I am with this post.

The A50 had a Slow Motion mode since launch. That mode recorded 720p video at 240 frames per second and played it back at the same rate. Hence, the super slow-mo mode was a bit of a mystery since there was no official mention of what it comprises of.

The super slow-mo mode in the S9 managed to do 960 FPS for 0.2 seconds. It seemed unlikely that Samsung would push a mid-range device that far even though it has quite a capable chipset. The marketing material mentioned the Exynos 9610 as being capable of recording Full HD at 480 FPS but was unlikely to happen.

The best way to find out what a new mode does is to test it out. Since there is nothing better than watching a (digital) stopwatch in slow motion, that’s what I did. The process of recording itself gave no indication to what was actually happening since it would take over 2 secs for the camera to start saving after initiation of recording, with the saving process itself taking longer.

Normally checking the metadata would sort things out, but in this case the output was clasified as a 8m 33s, 30 FPS video; nothing abnormal about it but for the fact that it was supposed to be a super slow motion video. Thankfully, this is where the rather vapid stopwatch came to the rescue.

As can be seen in the video, the actual super slow motion part of the video lasts for about 0.4s, from 0.69s to 1.09s. The video itself  contains 250 frames, so to accommodate 0.4s of super slow motion implies that the recording rate was 480 FPS as it constitutes 192 frames (480 x 0.4). The remaining 58 frames are created courtesy of normal 30 FPS recording preceding and following the super slow-mo part of the recording.

It’s great having super slow motion video but to have it at 720p when the chipset is capable of 1080p is a let down. But then, considering the struggles of the sensor to capture light even at 720p, it seems that a 1080p clip might end up being downright unusable. That Samsung has even bothered to add this mode to this device is a huge plus since few would have expected it.

The clamour for Camera2 API for the A50 has been incessant, if for nothing else, than the ability to use Google’s incredible Night Mode. However, it is unlikely that Samsung would ever accede to that demand. Instead, A50 owners get Samsung’s take on the Night Mode which was always likely to be somewhat credible rather than incredible.

As always, in matters of camera, it is more apt to let the images do the talking. The rather compressed collage below gives an indication of how the various camera modes deal with extremely low light. It wouldn’t take a detective to find out which one is which, so I’d rather take the easy way out of not labelling any of the images. However, for the purpose of verification and lack of astonishment, I have uploaded the original images with rather curt labels at this link.