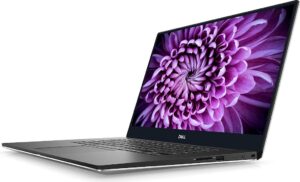 One of the significant purchases I made over the past 6 months is the Dell XPS 7590 with Intel’s Coffee Lake Core i9-9980HK, Samsung’s 32 GB DDR4-2667 RAM, Toshiba’s 1 TB SSD, Nvidia’s GTX 1650 and the crème de la crème that is the 4K OLED panel made by Samsung. But before you get any ideas, this is not a device that I would have otherwise purchased but for the fact that I found a single piece listed on Amazon 2 days prior to its official launch of the device at a price that was lesser than the 2019 Acer Helios 300. The risk was worth it as it came sealed with a valid 12-month Premium Plus support from Dell. There are instances in one’s life where one doesn’t mind getting lucky and this was certainly one of those.

Normally, I would be prompt in reviewing devices within the first few weeks of purchase. However, in this case I think I am too biased towards the device to perhaps put up a worthwhile review. Hence, I thought it better to post a tutorial that would be of some assistance to fellow users. One thing that I am certain of is that the hardware has outgrown the XPS chassis design over the years and the Core i9 pushes things a bit too far in terms of what the chassis is capable of handling thermally. Hence, I went on an optimisation quest with the intention of lowering the temperatures and increasing the overall efficiency of the device. I will own up to the fact that I don’t intend to use the device on battery at all unless I am forced to but for that eventuality I decided to find a compromise which would at least provide stock performance at lower battery consumption as against higher performance when operating directly on AC.

The tool of choice in this case for the CPU is Throttlestop which offers significantly more tweaking potential than Intel’s Extreme Tuning utility. As for the GPU, the mainstream tool to use is MSI Afterburner. However, in case of this GPU, I found that the temperature limit setting on MSI AB was locked for some reason even after unlocking all the advanced options and the Auto Overclocker resulted in far too frequent game crashes. Hence, I instead went ahead with Asus GPU Tweak II which allowed the GPU temperature target to be set upfront. By default, this is set to 75 Celsius and I instead bumped it to the stock value of GTX 1650 which is 87 Celsius. However, the idea in general is to still not exceed 75 Celsius during most strenuous tasks but to provide the headroom to exceed that if needed.

With this background, in the interest of time, I have decided to simply post the screenshots of the various screens from the tools since further elaboration on each parameter can be found on their respective forums. In case of the GPU, I eventually stuck with simply pushing up the clocks by 10% as undervolting using the frequency curve resulted in far too many instability issues. Is this the most optimum setting possible, most probably not. However, I believe this is the best setting I could identify with trial and error, as attested by the 88 unexpected reboots on record. I could certainly push the clocks and voltages quite a bit more but in general it led to instability and I am certainly no fan of BSODs. Another point to note is that while Asus GPU Tweak II can be set to start on reboot, Throttlestop requires additional effort in setting up the task scheduler which is what I have indicated below.

Now to focus on the fruits of the labour or the pudding so to say. I am not a fan of benchmarks in general but in this case, I needed something to comparatively measure the impact of the changes and a few basic benchmarks provide the easiest reference in this case. Note that I ran all the benchmarks with only the discrete GPU enabled with the overclock settings, so it represents the worst possible scenario in case of thermals.

UserBenchmark:
This might not be the first benchmark utility that springs to mind but for the fact that it allows comparative analysis for similar hardware components and is of considerably short duration. In this case, the CPU came up at 97th percentile and the GPU at 100% percentile which, considering the fact that is mostly going up against much bulkier gaming laptops with much better thermals, is noteworthy. Overall, the CPU efficiency is excellent with the tweaks providing higher performance at lower power. The discrete GPU however doesn’t scale up in terms of efficiency and while it is possible to get more performance out of it, it comes at a significant cost in terms of power and heat.

Heaven:
This benchmark was run at the Extreme preset. As I have already mentioned previously, pushing the GPU doesn’t really yield huge benefits in this constrained form factor as the any performance benefits come with equally higher power consumption and heat generation. However, as can be seen in the results, a 3% performance boost in Heaven comes with lower CPU temperatures and the GPU power consumption is lower even though it hasn’t been undervolted. So, a win-win overall.

Lastly, how do these modifications fare with a modern game. I happen to have Hitman 2 installed at present, so I thought I’d give it a go with the in-built benchmarks which I frankly didn’t find to be entirely consistent across different runs. But I believe it should give at least give an idea of what the laptop is now capable of, even though it is not meant to be a gaming laptop.

I set all the details to the maximum possible apart from lowering it a notch to ‘High’ for ‘Level of Detail’, ‘SSAO’ and ‘Shadow Quality’, besides turning ‘Motion Blur’ to ‘Off’. The Mumbai benchmark produced a score of 70.95 FPS with CPU averaging at 79C and the GPU at 70C. The more demanding Miami benchmark chewed out 54.04 FPS with CPU/GPU temperatures averaging at 78C/69C respectively. A more than serviceable gaming machine if I may say so. 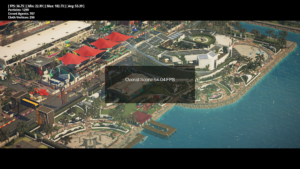